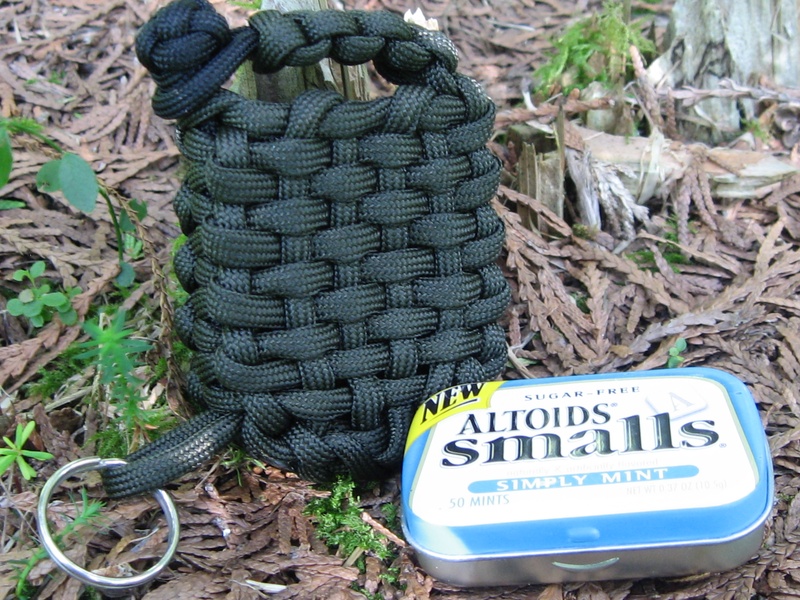 I have been sponsoring a show onPrepper Broadcasting Network, or Prepper Radio, for months now. It is a Blog Talk internet webcast talk show. Maybe you've heard of it, The Preppers Poitin Hour. The host, Chris Watson, is a good friend of mine and he offered to allow me to advertise on his show since I make paracord gear. Obviously, I took him up on it. Through the efforts on the show and in the attached chat room, it has been a tremendous boon to me and my client base has expanded.

Recently, Chris and the network decided that a format and name change was in order. As it was explained to me, the show had evolved from strictly prepper and disaster response topics to a more social, cultural, and political show that had a wider appeal that wasn't limited to the prepper population. Since I tend to be more sympathetic to the views that the show usually espouses, I agreed to continue my sponsorship.

June 10, 2013 will mark the third airing of the new show, which re-named as Red Horse Unleashed! The first episode was a tear wrenching Memorial Day tribute and Roll Call as my dear friend, who has served this nation for twenty years paid his respects to the over 20 friends and family that have died as a result of service to this nation. He also read the names of over 60 veterans who have died for this nation. It was humbling and powerful to experience the show.

To mark our partnership, Red HorseUnleashed! and Ransomed Jewelry will be doing a product giveaway on June 10, 2013. Be sure to listen in at 9pm EST/6pm Pacific at http://prepperbroadcasting.com/listen-chat/ for Red Horse Unleashed! My friend Chris will be talking about the recent IRS, FISA, and datamining scandals in the news recently and he will also be giving away some of my paracord products. So tune in to win!

If you want to know more about my friend Chris Watson or Red Horse Unleashed! You can check them out at the following:

Remember to friend him and like his page for show updates, as well as updates on this promotion.

Be sure to check out my Facebook page for new items waiting to be added to this site:

Huge Earring Blowout Sale! All  earrings on sale! $5 & up! Free shipping* until the end of the year! Each pair of earrings are handmade and ONE OF A KIND! Perfect for gifts and/or stocking stuffers! New items added daily so be sure to check back often! Take a look at my other items, including my Limited Edition Holiday Ornaments!     *free shipping inside the US only

Free Shipping Until The End of The Year

Hi everyone! I'm offering FREE SHIPPING* on every item until the end of the year! I will be adding new items within the next few days, and have been on one crazy creative creating spree! (try saying THAT 5 times fast lol) If your order still shows shipping charges, please WAIT to pay! I'll adjust the invoice and send you a revised copy. Thank you to everyone who has supported Ransomed Jewelry. I truly love what I do and appreciate your business! Hugs and Blessings! ~Tambree

Something old made new - Ransomed

MADE THIS FROM ONE OF MY BELTS! SOOOO EXCITED! THE CLASP IS 2 OLD COPPER NAILS (DIDN'T HAVE A COPPER CLASP THAT WOULD WORK WITH THIS) WHO'DA THOUGHT A BELT COULD LOOK THIS GOOD?

Oops! This site has expired.

If you are the site owner, please renew your premium subscription or contact support.